Born and raised in Hawaii, He was taught to surf by his father at the age of 10 in Waikiki on a 7’0 round-tailed Barry Kanaiaupuni mini-gun. At the age of 14, he’d shaped his first board, a 5’8 round pin out of his family’s Pearl City home. Today with 40 years of experience and having shaped boards for over ten World Champions, Eric Arakawa is a designer dedicated to the innovation and advancement of performance surfboards. As a lifelong surfer, it is his hope to spread the stoke that surfing has brought him by producing boards that get you excited to surf, whether it is a shortboard, mini-simmons, or longboard. Used regularly by both local and touring pros, his boards have been ridden to victory in countless Triple Crowns as well as WCT and WQS events worldwide, including Longboard and Big Wave World Tours. He has also been honored by the surfing media for his achievements, including Surfing Magazine’s Shaper of the Year in 2003.

It all started with his passion for surfing and the chance to save money on new boards, but he soon discovered he could also make it a professional career. By 1977 he was shaping for Hawaiian Island Creations, and in the 80’s he started his own surfboard company, Island Classics. The company grew and became host to a world champion surf team, but Eric realized his role in Island Classics required him to head in a direction away from his roots: surfboard design and shaping.

In 1995 he agreed to shape for HIC, who in return purchased Island Classics and its licensees, thus freeing Eric to concentrate not only on shaping and surfing, but also to spend more quality time with his young family. Today Eric resides on the North Shore of Oahu with his wife Sue. Nearly all his children have now grown up, and he is still as passionate as ever about creating the perfect board. 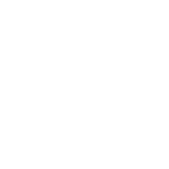